Maintenance activity might involve performing software upgrades on the different servers in the server group of the shard.

We might also need to upgrade the hardware on all the machines in the server group of a shard without impacting the accessibility of the entire data.

What if we want to form an alternate group and migrate the entire shard there? For example during times of heavy load we will want to create a group using more powerful servers, while during light load we might want to migrate to a group of more economical, less power consuming and cheaper machines.

Let us look at what options are available to do the above.

The assumption is that you have already gone through the following related blogs to create the above configuration. 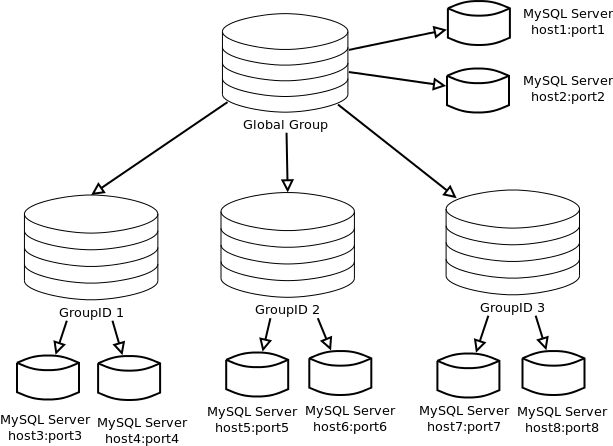 Pulling out a non-performant server

We use the intrinsic HA management capabilities built into a Fabric server group to manage moving servers in and out seamlessly out of the shards. 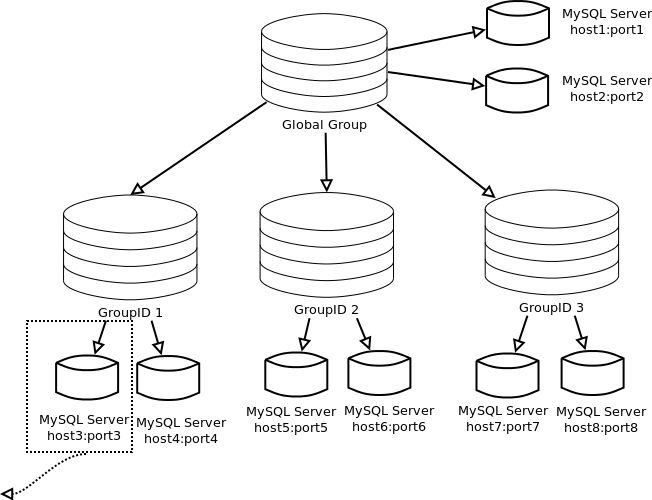 case 1: Server is a master in the group

In the above setup assume we want to retire the MySQL Server running on host3:port3 (master in GROUPID1).

Step 1: Find the UUID of the server

host:port – host:port of the server whose uuid we want to lookup (in the above

Step 2: Choose another server in the group and promote that server into


master (in the above case GROUPID1).

server-id – The server-id of the server which we want to promote as master.

Step 3: Remove the server from the group


the above case GROUPID1).

server-uuid – The uuid of the server which we want to remove from the group.

Now the server is safely out of the group. Now we can perform maintanence operations on the server and restore it later.

case 2: Server is a slave in the group

Performing software and hardware updates on a server

The same operation as above can be performed to remove the servers one by one and perform upgrades on them (or) we can move the entire shard to an alternate server group, upgrade all the servers in the current server group and move the
shard back.

Moving shards is explained below.


Moving the shard into another group 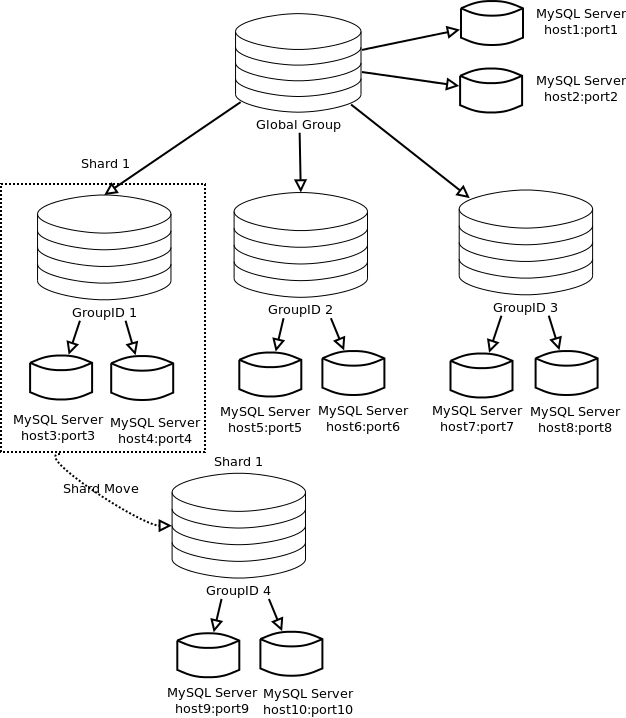 The sharding implementation supports a Move operations that allows moving a shard into another server group (a group with GROUPID4). The original server group is detached from the global group and will not receive any updates and its servers will not be reflected during lookups either.

While the move operation is in progress transactions can carry on without being affected.

For example to move a shard with shard-id=1 into a new group with new-group-id=GROUPID4. (The shard-id can be found using the command – mysqlfabric store dump_sharding_information)

Now we can cleanup and use the servers in GROUPID1 in whichever way we want.
Posted by VN (Narayanan Venkateswaran) at 4:10 AM

The views expressed on this blog are my own and do not necessarily reflect the views of Oracle.

VN (Narayanan Venkateswaran)
Bangalore, Karnataka, India
I am Narayanan Venkateswaran (mostly referred to as VN :) ) and work at Oracle in the MySQL team. This is a great place to be and I love every moment of my work on this great product. I have brilliant colleagues and a fantastic work environment. I am surrounded by really knowledgeable people, who I looked up to, most of them PhDs in the Database field. I am blessed to learn from the Gods :). I am a committer in the Apache community and have worked in Microsoft and Amazon in a past life. My interests lie in High Availability, Horizontal Scaling, Distributed Systems, Distributed Consensus, Leader Election etc. I love spending time with my family and in my free time I read research papers and code. My LinkedIn Profile http://www.linkedin.com/in/vnatlinkedin My Twitter profile https://twitter.com/vn_tweets My Facebook Profile https://www.facebook.com/narayanan.venkateswaran.18